Women’s rights advocates at the 58th session of the Commission on the Status of Women on March 21, 2014. Photo credit: UN Women/Jeca Taudte

“You’ve done remarkably well!” Those were the admiring words of an incredulous high-level United Nations (UN) official, when a colleague and I met him a few weeks ago to discuss the outcome of the Open Working Group (OWG) of the General Assembly on the Sustainable Development Goals (SDGs). “We,” of course, are the women’s groups (organized as the Women’s Major Group) who’ve fought long and hard to ensure that a standalone goal on gender equality would feature in the SDGs proposed by the OWG. The inclusion of gender equity was not a given, but it was achieved.

Governments also agreed to “eliminate all harmful practices, such as child, early and forced marriage and female genital mutilations” (target 5.3). Other important targets included to eliminate all forms of violence against all women and girls (target 5.2), reduce the global maternal mortality ratio to less than 70 per 100,000 live births (3.1), end the epidemics of AIDS, tuberculosis, and malaria (3.3) and achieve universal health coverage, including financial risk protection, access to quality essential health care services, and access to safe, effective, quality, and affordable essential medicines and vaccines (3.8). Compared to the Millennium Development Goals, the proposed SDGs represent significant progress, addressing critical areas for action that, if implemented, will transform the lives of women and girls globally. They also put the lie to claims that “we could never get today the agreements we obtained in the 1990s.” We have in fact gone beyond them.

What now? The General Assembly will begin its final negotiations on the final post-2015 development agenda early next year, for adoption in September 2015. Governments from the global South have clearly indicated that they expect the outcome of the OWG to be the basis for negotiation, and would not tolerate attempts by the Secretary General’s staff to “streamline” its 17 goals and 169 targets. That is good news for SRHR, because these targets were the most thoroughly debated and negotiated in the OWG. What emerged on SRHR from the OWG certainly represents global consensus, despite objections from a handful of opponents led by the Holy See and Saudi Arabia.

The OWG document can and should be improved upon. Human rights, the rule of law, and access to justice were not sufficiently established as key aspects of development. As noted by several governments last month at the UN General Assembly’s first ever panel discussion on child marriage, preventing child, early, and forced marriage should be its own target since it has multiple, far-reaching causes and consequences. “Sexual rights” (i.e., the right of everyone to have control over matters related to their sexuality, free of coercion, discrimination, and violence) were omitted from the SDGs, despite having been agreed to by governments at Rio+20 and recent ICPD Beyond 2014 reviews in Africa, Asia-Pacific, and Latin America and the Caribbean. Non-discrimination on the basis of sexual orientation and gender identity, which the UN Human Rights Council has just again denounced, should be included. Finally, adolescents and their right to sexual and reproductive health services and information, including comprehensive sexuality education, must be addressed if the post-2015 agenda is to be relevant for the 2.4 billion children under the age of 19 alive today.

The freedom to determine what happens to our own bodies and to make decisions about sexuality, relationships, and childbearing are fundamental facets of our lives. By investing in and promoting these rights, governments can unleash the power of women and girls and transform societies.

By Suzanne Petroni, Senior Director for Gender, Population, and Development at the International Center for Research on Women (ICRW)

Last month, the global community celebrated the 20th anniversary of the International Conference on Population and Development (ICPD). The ICPD, which took place in Cairo in 1994, led to an historic agreement by 179 governments to place women—and importantly, their reproductive health—at the center of the sustainable development agenda. Five years later, while at the State Department, I served as the U.S. government’s “officer in charge” for the five-year review of the ICPD, where we exulted when the global community agreed to advance the ICPD agenda through promoting access to safe abortion, comprehensive sexuality education, and youth-friendly reproductive health services, among other critical areas.

END_OF_DOCUMENT_TOKEN_TO_BE_REPLACED

On July 17, Katja Iversen, CEO of Women Deliver, published “Working Hard to Get the World We Want: Sexual and Reproductive Health and Rights After 2015” on The Huffington Post’s Global Motherhood blog. In this post, Iversen reports on the work of the Open Working Group (OWG) for Sustainable Development Goals, which is comprised of representatives from 70 countries and tasked with the creation of a new global framework for development that they are set to present to the United Nations Secretary-General Ban Ki-moon by the end of July. The influence of this report on the future of international development, sustainability, and human rights cannot be overstated.

The goals and targets it proposes—and the issues explicitly addressed—will be of utmost importance in the shaping of the post-2015 development agenda. Due to conservative push-back, Iversen decries, the current report language fails to include sexual and reproductive health and rights (SRHR), as well as the health of young people despite the fact that “the majority of governments have identified [SRHR] as a priority to get the world on a sustainable path.”

The blog post discusses the vital role that voluntary family planning and ensuring rights and contraceptive choices for women and girls play in ensuring equal opportunity, economic growth, and the development and maintenance of healthy populations. Iversen urges readers to take action and suggests ways to become involved in supporting the push for inclusion of SRHR in the forthcoming global development framework. Read this important post and join EngenderHealth, Women Deliver, and other organizations and individuals in the effort to make SRHR a priority in the post-2015 global development agenda and a reality for all. 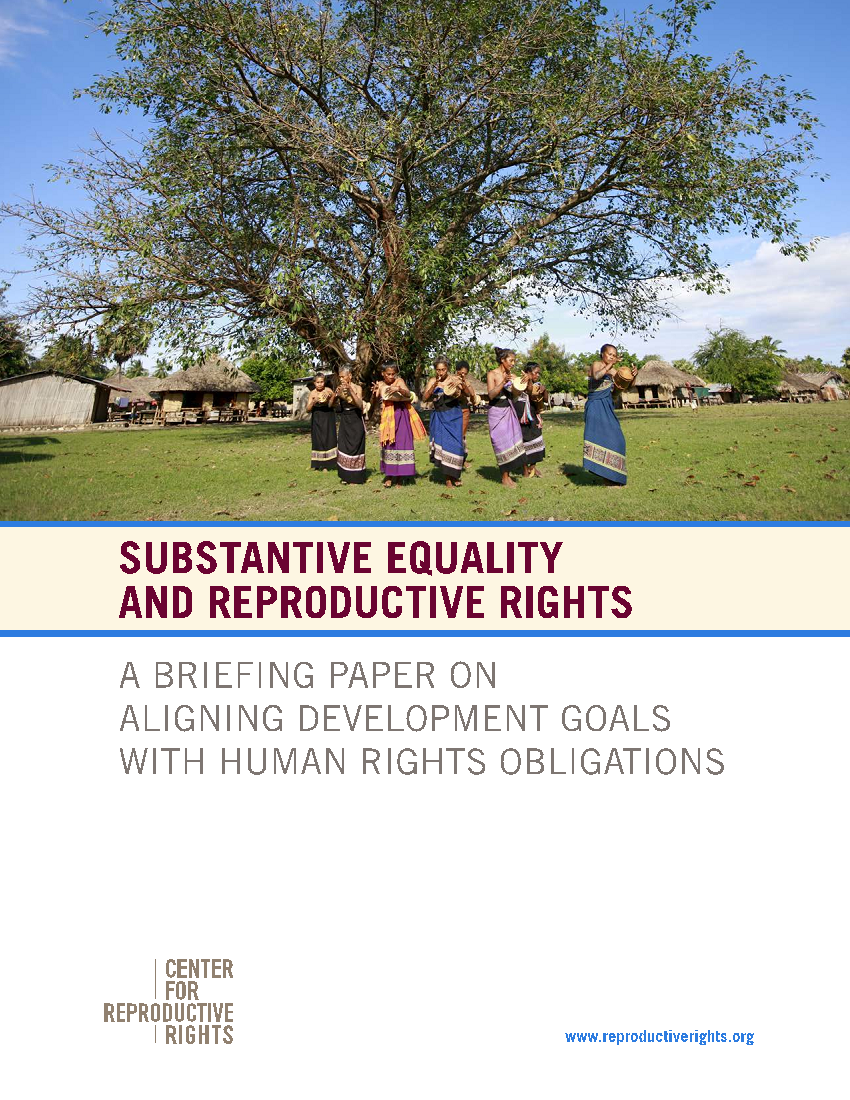 This week, the Center for Reproductive Rights (CRR) published Substantive Equality and Reproductive Rights: A Briefing Paper on Aligning Development Goals with Human Rights Obligations, a new resource offering guidance on how governments can ensure that principles of substantive equality, including human rights principles and obligations, are reflected in the post-2015 development agenda.

Substantive equality calls for states to respect, protect, and fulfill human rights, ensure equality for all, and promote accountability for rights violations. The paper contends that violations of reproductive rights are primarily manifestations of discrimination, poverty, and violence. Therefore, where women’s rights to equality and nondiscrimination are not fulfilled, their ability to access reproductive health services and make meaningful choices about their reproductive lives is limited.

END_OF_DOCUMENT_TOKEN_TO_BE_REPLACED

Today, the international community celebrates World Contraception Day. This global campaign strives to increase awareness of contraception and encourage its use to enable people to make informed decisions about their sexual and reproductive health and to prevent unplanned pregnancy and sexually transmitted infection. This year’s motto, “Your Future, Your Choice, Your Contraception,” targets young people. 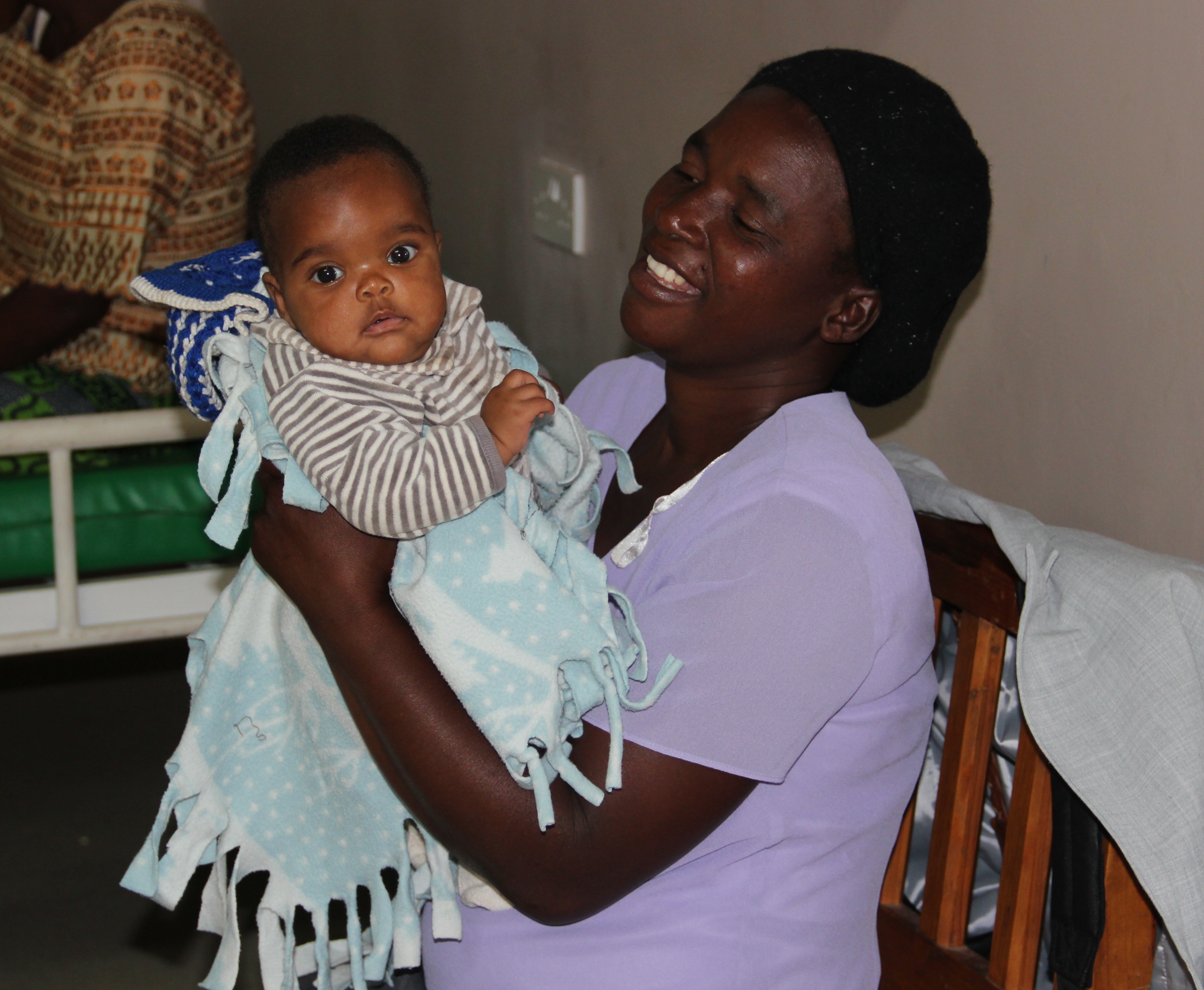 A woman enjoys her new granddaughter at Bwaila Hospital in Lilongwe, Malawi. She is there in support of her daughter, who has requested counseling from a family planning nurse on obtaining a female sterilization. (Photo by Holly Connor/EngenderHealth)